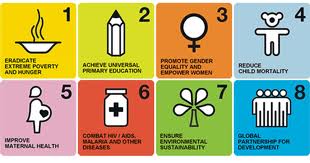 Following on from this week’s news story about students at a Liberian University, Rachel Musson shares some thoughts on education in Africa…

Sadly, time and time again, stories of Africa only make it into the headlines at the BBC when they are negative. Take the recent acid attack on the normal peaceful shores of Zanzibar, the huge fire in bustling Jomo Kenyatta airport, Nairobi, and then this week, the mass failure of all 25,000 students sitting an entrance examination for the state-run University of Liberia.  It is the same old story of failure, of negativity and of suffering that seems to attract mass media attention in Africa. Where are the tales of the hopefuls and the change makers; of the entrepreneurs, the bright sparks and the courageous? It seems, for now, they are deemed to lurk in the shadows of a continent’s loudly publicised catastrophes. 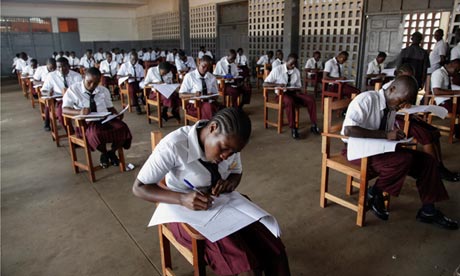 The Liberia story is admittedly mind-boggling. Reading the BBC’s headline and the (somewhat short) coverage of the scenario, and an immediate reader response is miscomprehension as to how so many students can fail. 100% failure of an exam is surely unheard of anywhere.  According to a “university official” it happened because ‘the students lacked enthusiasm and did not have a basic grasp of English.’ For a fee of £16 per student to take the exam, this is a bit of an economical myopia for both the students and those receiving the funds.  Yet, the BBC’s swift assessment of another African country’s failure in education is surely a subjective assumption all too easily made by outsiders, especially when opinions are channelled that way by the press.

“The difficulty lies not so much in developing new ideas, as in escaping from old ones”.

Is one of the key problems facing the education systems of so many countries in Africa the fact that the education systems at play are often throw backs of old colonial structures and contents which are not necessarily tailored to address the needs of the people it serves? It is all too often the system that is failing its people, and not (as the press would often have you believe) the people failing the system. Add to this governments’ misdirection of funding, political disruption and devastation caused by civil war, alongside a myriad of other outside influences, and it becomes clearer why Liberian President, Ellen Johnson Sirleaf, would choose to openly vociferate an overhaul of the country’s education system, describing it as “a big mess”.

One of the U.N.’s Millennium Development Goals calls for a push on developing education across the globe: “Goal Number 2 – Achieving universal primary education”.

Is this not a rather large feat to achieve in the short time left until the deadline in 2015? Worrying, also, when some countries’ goals have apparently already been met and are now ticked off the list as achieved. In Tanzania, for example, 95% of primary aged children are currently reported to be in attendance at school. This is huge progress in educational development on the one hand, yet something of a superficial success perhaps? Look closer at the sudden rise in student body and questions have to emerge: are there enough classrooms built across the country to house this vast increase in student numbers? Are there enough qualified teachers to educate them? Are there enough resources, enough opportunities within schools for these children to gain from? The figures from this current academic year in Tanzania of a staggering 60% of Form Four leavers achieving zero in their graduating examinations (the equivalent of GCSEs) perhaps tell a very different story. Yes, 95% of children are going into the educational machine one end, but is the machine built well enough to churn out successful candidates with relevant skills the other end? 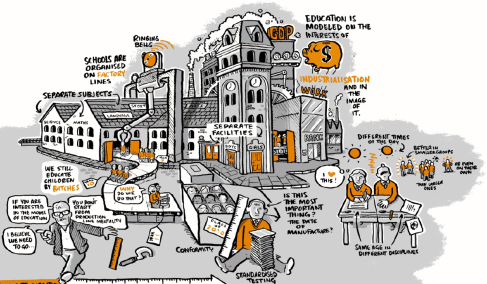 More and more, we are seeing a huge drive for education, and a rise in schooling figures across the developing world, pushed by the U.N.’s goals– yet who is actually teaching this huge rise in students? Has there also been a huge drive to train more teachers? Where are the educational resources coming from? And, more importantly, what are these children actually being taught and how relevant is their education to the needs of its people? If more and more children are simply being shepherded into overcrowded classrooms with a lack of resources and qualified teachers, does this actually qualify as “achieving” that M.D. goal?

In the last ten years (post the end of civil-war in Liberia) student numbers have continued to rise in the country’s development. The University’s Capitol Hill campus in Monrovia is becoming so densely populated that open air-classes have been held under trees, whilst students who did not fit into classrooms were forced to stand by windows, scribbling notes from ongoing lectures inside. The infamous examination itself (currently a hot press topic for the BBC and other western publications) in which all twenty-five thousand applicants failed, had already been postponed from its previous June date, due to the examination questions only arriving at exam halls at 4pm (with the exam scheduled to start at 10am) and not enough papers arriving for the number of students in attendance. The preclusive conditions were certainly not paving the way for these students’ success.

Reading the comments made under the coverage on BBC Africa’s online account of the examination farrago, it was interesting to read the views of Liberians themselves. Several responses stood out for their poignancy:

And a final, somewhat strikingly bitter statement by a young Liberian, but one that spoke volumes in echoing previous sentiments expressed in this post:

It seems that, quite possibly, a globalised model of education pushed into the radar of the world at such breakneck speed may not necessarily be paving the way for global educational success. Yet it also seems that the angles our media is taking in reporting these stories may be leaving a little too much up to the imagination of the masses and limiting its stories to a rather dangerous degree. There are, after all, many, many more than 25,000 overwhelmingly positive and incredibly inspiring stories about education in Africa that are not being shouted about through the headlines of the BBC…