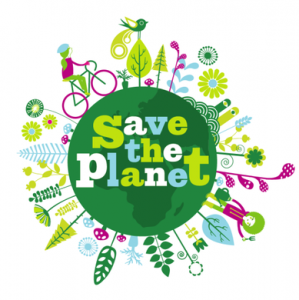 Happy New Year to all our Bright Green readers, and most importantly, to this beautiful green planet of ours.

With January, we hear the word ‘resolution’ flying around almost as if it had wings of its own. New diets are started, gym memberships are purchased, alcohol bottles are firmly stored away (for those of you taking part in Dry January – we salute you!). Whilst these new promises are fantastic, and we truly hope you manage to stick to whatever your resolution is throughout the year ahead, what if together, we looked further than who we see in the mirror? What if together, we made some commitments that we can all benefit from?

Maybe that sounds overly-ambitious. But really, if we did all combine our willpower and resources, we could start making more positive impacts on our natural home. After all, we’re the ones who have led us down this rocky road of climate crisis…

So, last year, 2018, gave us some pretty devastatingly scary headlines. We saw:

“The Great Pacific Garbage Patch is growing faster than expected”
Well, yes. Unsurprisingly, if we don’t make any changes to our production and consumption habits, the problem of waste pollution doesn’t appear to change! Funny how that works. Thankfully, this island of trash is being tackled head-on by a brilliant young entrepreneur. We’ve already spoken about The Ocean Cleanup in a previous blog, so check it out if you haven’t yet. We’re also loving following the journey of the Cleanup team, are you keeping an eye on their progress too?

“Humanity have wiped out 60% of animal populations since 1970”
This headline knocked me for six when I first read it. 60% of mammals, birds, fish and reptiles lost to this world because of destructive (and selfish?) human activity. Wow. Let’s now save that remaining 40%, before we’re left on a planet completely devoid of… well, anything.

But, enough doom and gloom. I am not wishing to be simply a messenger of misery, but merely summarise the somewhat precarious situation we humans find ourselves (read: have put ourselves) in. Although, I do think it is important that we realise the gravity of our circumstance. For far too long we have simply brushed under the rug any signs of future demise, shrugged our shoulders, and claimed that we’ll be long gone before any serious consequences threaten us. We know now that is no longer the case, and as such, it is time to act accordingly.

Let’s now, for the sake of boosting morale, and firing up our changemaker drive, look at a couple of our favourite planet-savers, environment-champions, Bright Green heroes. (We haven’t decided on an exact name yet).

Ecosia is a search engine with a difference. I mean, a search engine that are making a difference. Instead of paid ads simply filling shareholders’ pockets, their money is helping turn our beautiful planet green, again. Searches conducted through Ecosia directly funds the planting of trees across the world – for the betterment of the environment, the empowerment of communities, and the protection of animals. It takes only 45 searches to plant one tree, and with your own search counter keeping track, it’s easy to see the direct impact you are having.

In 2018, Ecosia users helped them to plant 31 million trees, and in doing so, removed 1.4 million tonnes of carbon dioxide from the atmosphere. These are the kinds of numbers and figures we should be seeing, and celebrating.

Not only is Ecosia’s search partner carbon-neutral, but they also further spread consumer awareness by highlighting green options within your search results. So, why don’t you make your resolution work for the planet, and swap from Google to Ecosia. It’s easy peasy to change to Ecosia on your desktop, laptop, tablet, smartphone – just follow this link and read more about them here.

Another earth-warrior, or group of warriors, are the amazing community who rescue and release orphaned elephants at Reteti Elephant Sanctuary, northern Kenya. The first community owned elephant orphanage in Africa, the wildlife landscapes are now restoring themselves, thanks to the transparency of self-governing community conservancies, and the harmonious working of local people, with local wildlife. Elephants are listed as a vulnerable species, and in 2016 it was reported that elephant population had seen its worst decline in 25 years. Let’s not add elephants to the list of animals that we’ve already wiped out, please.

As of February 2018, Reteti had rescued 30 elephants. But not only is the impact directly on the protection of this giant species. Reteti is empowering local villagers to become the first female elephant keepers in Africa. Employment in the sanctuary means parents are able to send children to school. Humans are learning how they can live peacefully alongside elephants in these shared landscapes, and that the health of one does not depend on the demise of the other.

They are an organisation committed to the betterment of the local environment for all its inhabitants, and seem to understand that the building of relationships between species is crucial in ensuring ongoing, mutually beneficial conservation. Follow along with the work and successes of Reteti here, and for your fill of incredible elephant videos, check out their social media! 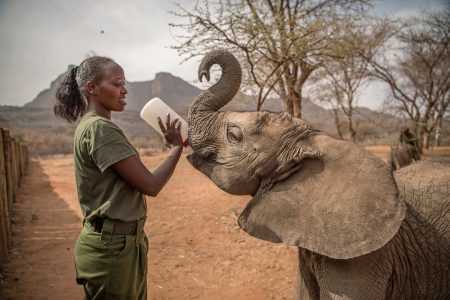 These examples are obviously just a drop in the big, blue ocean of positive people power, but hopefully highlight to you, readers, the change that is needed, and the change we can make happen, if only we put our mind to it.

I resolve in this new year, to keep sharing via this blog, and via our social media, the work of incredible people, communities, and businesses alike, so that their impact can be felt, and their positivity spread, across a wider audience. I resolve to follow in their footsteps, taking action where I can, and making changes for the greater benefit of all. Will you join me?

We use cookies to ensure that we give you the best experience on our website. If you continue to use this site we will assume that you are happy with it.Ok